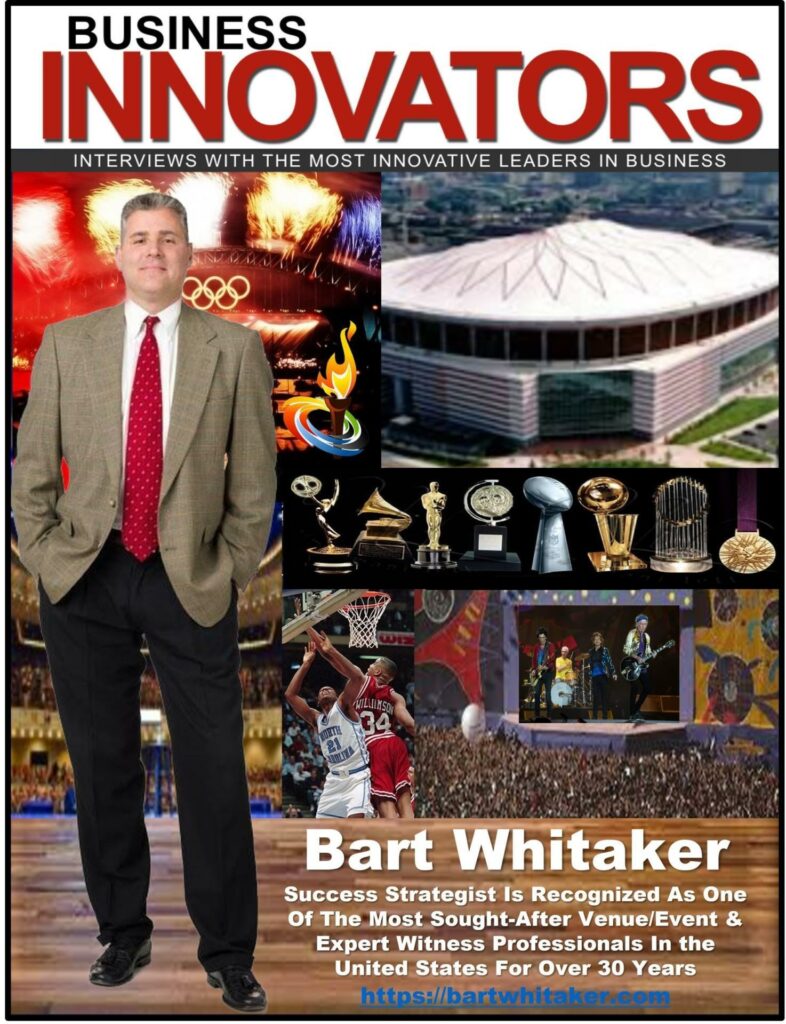 As a Success Strategist for Major Public Venues, Organizations, Startups & Reorganization/Projects. Receiving international acclaim for his ability to handle large projects as a Venue Manager for two renowned stadiums, the Superdome & Georgia Dome.

Here is a list of some of Bart Whitaker’s accomplishments in Major Sporting Events & Corporations across the world, including:

In Addition to all of that, Whitaker has provided Corporate Hospitality for:

Some Of His Legendary Accomplishments Are:

For years Bart Whitaker’s “Expert Witness Expertise” has helped over 30 legal firms win lawsuits beginning with his first case with Johnny Cochran in 2000 through successful cases in 2021; he is still undefeated. Some of these accomplishments include:

To learn more about Bart Whitaker’s expertise in Venue Management, Event Management, Crowd Management, Startups/Re-Organization, and Expert Witnessing or read his complete Biography, go to https://bartwhitaker.com. If you would like to hire Bart for your next event, call 504-217-0072. Or email bartwhit@gmail.com